Etiquette, as we have seen provides a structure by which formalities and things can happen. If the Toastmaster is a visual and audible aid, then the etiquette forms the rules by which we should all ideally adhere.

Most of the previous chapters are based around a traditional English, or possibly Greek or Jewish wedding, which have always tended to have a structure to them.

What happens at an Indian, or African Wedding?

Well there is no doubt that these are less structured historically, but the Couples in the UK, no matter where their ancestry heralds from, are very “Westernised” and have reached a compromise between their culture and wanting to achieve so much in an organised fashion.

African weddings like the traditional English ones, tend to follow a clear structure too. Their biggest misunderstanding of etiquette normally is around speeches and their timings. As for Caribbean weddings, these are more relaxed with bigger very cheerful entrances and if I am honest, could benefit with a little more of the structure etiquette brings!

A large Muslim wedding may have upwards of 800 people. The invites will go out and it will almost encourage a “bring a friend” clause as part of it. Therefore nobody knows quite who is who in some cases. This is highly welcoming, but not always practical. Needless to say there is often spare food available. However, there is so much to see and they are always very friendly.

A large Hindu or Sikh wedding however, even with large numbers, do seem to follow a plan and structure more often. They are also embracing many of the etiquette ideas that we have followed in the previous chapters, and clearly benefit from them. I have to admit I really enjoy a good Asian wedding, because of the rich mixture of embracing both, cultural traditions and etiquette traditions as well as, many of the modern ideas and subtle changes that are clearly relevant to modern society.

And speaking of modern society, where would be without the Rainbow. When the rules of etiquette were first adopted the idea that someone of the same sex could get married was utterly unheard of. In fact it would have been condemnation only. I have always believed in the individual and what is fair. Persecution still exists, but I am glad to say attitudes have changed and we can embrace the fact that everybody in UK society is at last getting a fairer choice in life, or at least it is heading that way.

The thing is, how does etiquette apply in these circumstances? Well, in exactly the same way. Some of the genders of the roles may have been juggled a bit, but once you work out who is who, then the rules still apply. As for your average Gay Wedding, they are always such fun. Trust me if you want to party, get an invite, but whatever you do, please remember to RSVP!

So in summation, etiquette is still as relevant today as it was 150 years ago. Yes it may have been modified and adapted, but the fact remains it is still the backbone to any structure that forms a wedding. If we all do our little bit, then days run smoother. Knowledge is power as they say and because etiquette allows us to know our place and our role, it also means relaxation. If you know what you have to do, that is half the battle. If you don’t, then anxiety can possibly kick in, and that would be a shame as everybody at a wedding is supposed to have fun and enjoy themselves, after all, it is a celebration. 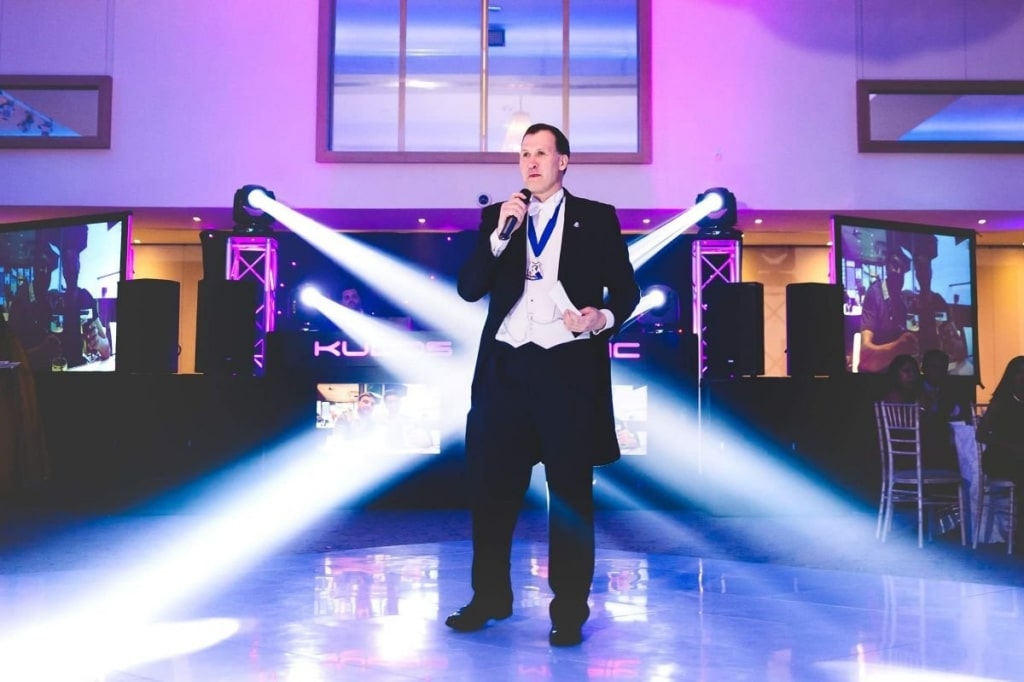 Wedding Toastmaster – How Much Do I Really Need One

I have mentioned being able to relax and there is of course that extra thing you can do. I mention it often because it is a fact. By using a wedding coordinator or in particular on the day a Toastmaster, you let them do all the worrying about schedules and etiquette. This may be your one and only wedding. As a Toastmaster, I have got married over 100 times in just over the last two years alone. That brings with it experience and knowledge. Use that experience and the Toastmaster’s ability to guide everybody through your day, allowing them to relax and really enjoy the celebration being thrown for them. It’s your party and your choice. Use the etiquette mentioned in this series to guide you and even help with ideas. However, if you wish to relax as much as your guests too then get a, or even, The, Man in (a or) the Red Coat. I say Man, but good Women are available too. There is something else etiquette has adapted around as well.

As for the releasing of Doves that I mentioned in the first chapter. There is no formal etiquette involving them, but they are great fun to watch fly.

Thanks for reading. I hope you have found this series helpful and if you need to ask any questions, please do not hesitate to get in touch.