Wedding Etiquette Chapter 11 – My ceremony and other animals!

Wedding Etiquette Chapter 11 – My ceremony and other animals!

In this chapter, we are going to touch base on some of the things that also happen at a wedding. These are in some cases vital while others form part of the dressing.

So let us begin with photographs.

With every wedding almost without exception, there is a photographer to capture the occasion. This can be a solitary relative at a quiet affair, or it can be your Bollywood Exclusive full-on production with a team of about 4 capturing every move and they are supported by a video team of a similar number.

The number of photographers is irrelevant.  They are there to do a job and get the photos the Couple require. Etiquette in this field though has recently taken on some seriously heavy modification. Why? Social Media and the introduction of the Smart Phone.

Etiquette in the past was all about group photographs. Who should be in each etc. These are still very important. They are important because they are the snapshot in time into a family history. These are the shots that come up on “who do you think you are?” Oh look, it’s Aunty Jane, and that was Uncle Bob – he still had a beard then!

So where does the new etiquette fit in?

Two things. Because there is an official team taking pictures, nobody else has to. So put your phone away. However, if the Couple does not wish everybody taking pictures of the day they should make a formal announcement about their wishes. They should also make the professionally taken photos available to all at a later date.

The other problem is if you have professional photographers, they should not have to fight their way through relatives to get to the shot.

So often video footage ends up on the cutting room floor because it is spoiled by people with their phones out. Just imagine, “here comes the Bride”. She is walking serenely down the aisle with her father being filmed from both ends of the room. She looks so happy and as the video pulls back from her face to reveal the room with all her family and friends present and her husband to be, waiting expectantly, we see a wall of camera phones filming it too. Nobody is in the moment they just want a picture! This is very sad. Sometimes it is made even worse by the “uncle” who has traveled from afar with his big lens camera who actually is stepping onto the aisle to get his best shots to take home to others.

Then we have the problem of social media. If you wish to take a picture of yourself and may be some friends “at the wedding of….” Then that is fine. Post it immediately. Tell everybody that you are having a great time. But posting a live video of your friend coming down the aisle is beyond out of order. Unless they have given you express permission to do this, it is not fare. So don’t do it. Most of the weddings I now work at, put a 48-hour ban on pictures other than selfies being posted on the likes of Facebook and Instagram and rightly so. Let the couple choose what they wish posted. It is their day, not yours.

Tossing of the bouquet.

So she is about to leave, to go away with her new husband off to her new life. She has patiently held onto that beautify bouquet of flowers all day and it has served its purpose. So what does she do? Throw it away, but not in a bin, but to whom she thinks is the most worthy contender to get married next.

It seems we have come full circle on this, well almost. Originally the Bride would have looked to whom she was throwing the flowers and she could have thrown it to either a male or female recipient. However, then it became a bun fight with screaming women all jostling for place as the Bride launches the bouquet over her shoulder into the scrum behind her. (Such decorum!)

Nowadays we have a mixture of the two, where men often stand in the huddle of those expectant recipients. Depending on whether you are in Mayfair, Devon or dare I say it Essex the level of noise and expectation and behaviour varies considerably. However, no one can deny it isn’t a wonderful bit of fun!

So where were we? Oh yes the Bride was about to leave and go off on her honeymoon with her husband.

Traditionally after the cake cutting and a little bit of dancing it would time for the married couple to make their departure. This would be in the transportation arranged by the husband. It could be anything. In some cultures, this can take some time as certain fines need to be paid and nuts need to be broken!

In western cultures, this is normally a highly joyous sending off. Mums cry a bit but for everyone else, it is normally fun. However, in other cultures, this really is the big goodbye and can be very emotionally charged for all concerned – almost funeral-like in some cases.

So hopefully the Bridegroom has sorted the “wheels” appropriately, preferably with a chauffeur and they can depart into the night off to spend their first night together alone!

Nowadays, more often than not, and depending on the venue, the Bride and Bridegroom don’t leave at all. They party on into the night collapsing in the “honeymoon suite” in the early hours. The following morning they get up and have breakfast with friends and family before possibly heading home, or if they are lucky, to the airport to catch that flight to the back end of beyond.

The reasons for this becoming more and more likely include, stricter drink-drive limits, the bride and bridegroom have already spent the night together, logistics-wise this is so much easier and also it means the party goes on longer and the Bride and Bridegroom get to spend more of the day with their family and friends. 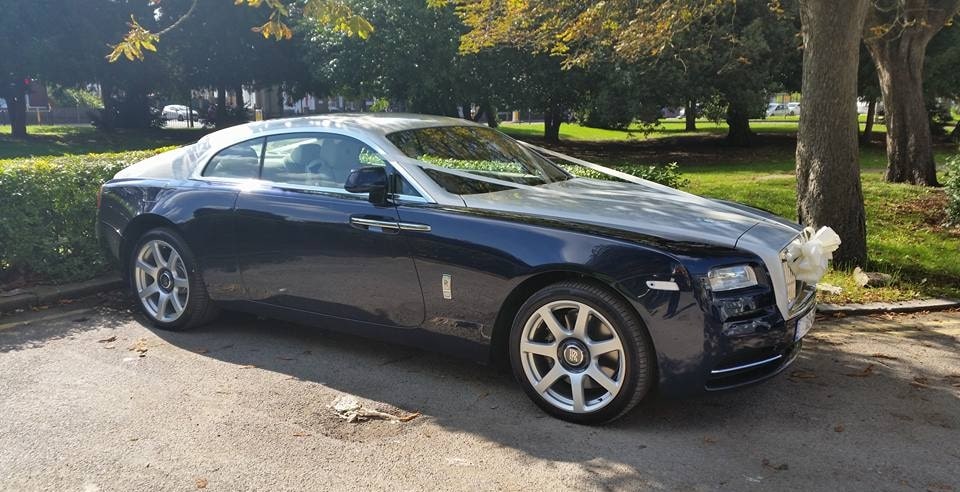 Is this the ultimate wedding transport?

The downside is the Couple get to see the aftermath of the party, not always a good thing, although sometimes hilarious. It also means that the aforementioned bouquet tossing now needs to be scheduled rather than at a natural departing point. However, these are minor things to consider.

From and etiquette point of view however, there is nothing to say how this is done and therefore – freestyle and do what you like.