This could also be titled – “aka anyone else who has a job to do but is not the Bride, Bridegroom, Parents of the Bride and Bridegroom, Best Man and Head Bridesmaid!”

So generally included in this are; Groomsmen, Ushers, Bridesmaids, Flower Girls and Paige Boys.

First, let’s look at the difference between a Groomsman and an Usher.

Groomsmen are normally, or historically, closer to the couple, either by family or very close friends.  Whereas Ushers, may not be quite so close to the couple and may have even missed out on some of the pre-wedding events – or at least they may have done in the past. However, on the day they are fundamentally the same and sometimes the difference in the role is only the names they have been given! 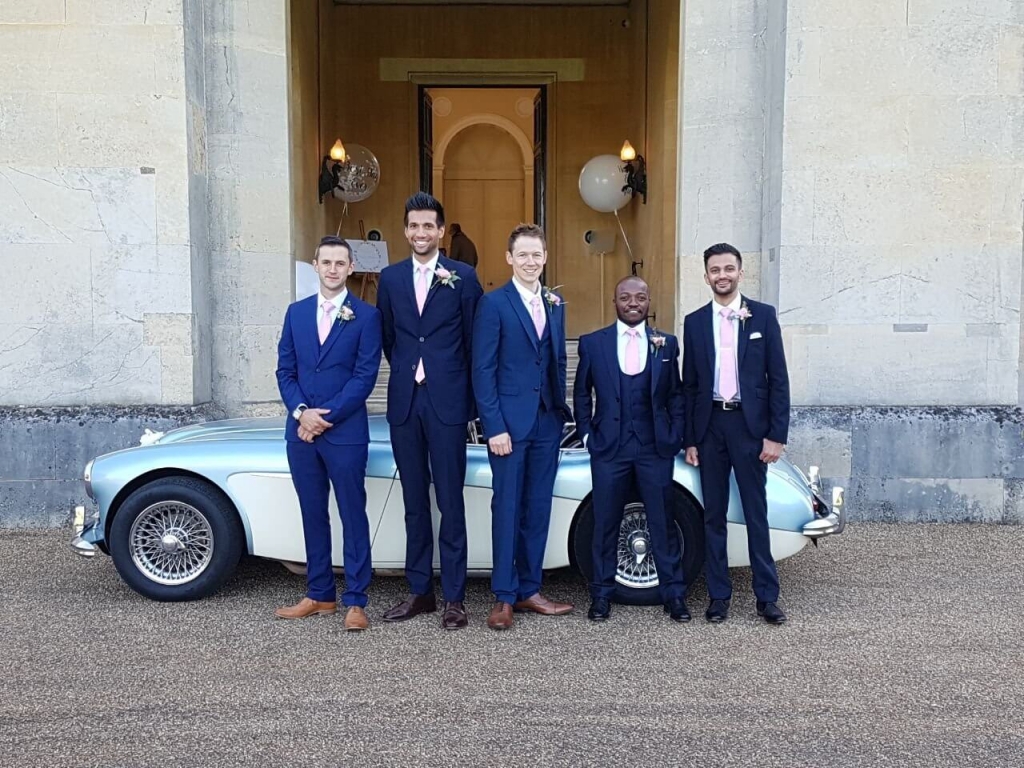 On the day they are the Best Man and Bride Grooms Posse, for want of a better phrase and invariably they don’t have to work too hard. However, a good one is worth his weight in gold and can really help remove some of the stress from the “Dynamic Duo”.

Their main role is normally at ceremony time. Under the guidance of the Best Man (or Toastmaster if present) they are to help get people sat down in the right place. Traditionally in Church weddings, they greet guests at the door with an order of service and then walk them to their seats.

Additionally, they should carry out anything else that is instructed by the Best Man or Bridegroom, as was mentioned in Chapter 6, The Best Man.

In the same way that the Ushers assist the men, the Bridesmaids assist the women, taking direction from the Maid of Honour and the Bride. They must look fabulous, but be careful not to be too fabulous as they should not ideally overshadow the Bride.

As for the Paige Boys. They are to provide a bit of the wow factor to the bridal procession. They invariably take on the role of Ring Bearer if present.

Finally, we have the Flower Girls. These are “Bridesmaids in the making” and lead the Bridal Party down the aisle. Their job is to shower the ground ahead of the Bride with soft freshly picked petals for her to walk on. The role also includes looking “cute” along with the Paige Boys, bringing a wonderful ahhhh factor to the procession.

So what has changed over recent decades? The biggest has to be the interchanging of gender between the roles. Whilst the Flower Girls and Paige Boys have not changed the gender, the role they do has become swapped quite often.

As for the Bridesmaids and Ushers (less so if they are Groomsmen) these too have become much more flexible with everybody swapping roles. The Ushers still perform their role but it is not uncommon to find a female Usher. Likewise whilst not necessarily a male Bridesmaid, but a Man of Honour can often be spotted in the Brides entourage.

What does make a big difference to this extension of the Bridal Party, is by using a Toastmaster and or Wedding Coordinator. They can make these roles more relaxing on the day making those in the roles know that they are going to be guided and not have to think when it is their turn to do things and how they are to be done. That means they get to enjoy the day too.