Chapter 7 – The Head Bridesmaid or Maid of Honour

If you have been lucky enough to read Chapter 6 you will know all about the responsibilities of the Best Man. The Head Bridesmaid or Maid of Honour (If married already) has much the same role for the Bride as he has for the Bridegroom.

She will begin with helping the bride choose her wedding dress (and by advising her what she is also prepared to be seen in!). She will then be instrumental in arranging the Hen night!

Additionally before the day, as the invitations have come from the Bride’s family she is to assist the Bride and her mother with recording the accepted and declined invitations.

Her main responsibility on the day is to continue to support to the Bride, and there are no shortage of jobs for her to keep her eye on. If anything she is even busier than the Best Man, although she officially does not have the responsibility of making a speech.

So following is a list of just some of what she is supposed to be doing.

· She will help the Bride with getting ready and with any changes of clothes throughout the day.

· She will be confirming final details with the photographer and wedding car, as well as florist, venue and caterer – or she will speak to the Toastmaster who she can delegate some of these tasks to.

· At the church or ceremony venue she will greet the bride outside to check that the dress is settled as it should be once the bride has stepped out of any transport. She will check the Bride’s Father too. She will also be doing this for the Bride throughout the day.

· During the ceremony when the Best Man is looking after the rings Head Bridesmaid is holding the Brides bouquet.

· She will also be one of the witnesses of the signing of the register.

· After the ceremony she will be making sure that the Bride’s change of clothes if required is ready and she will have already checked that the Bride has everything ready to take with her on her honeymoon.

· At the reception she will assist the Best Man in guiding people and introducing guests to each other, unless there is a Toastmaster present.

· Finally she will along with the Best Man return any hired clothing to outfitters as well as save a piece of Wedding Cake until the couple return from their honeymoon. 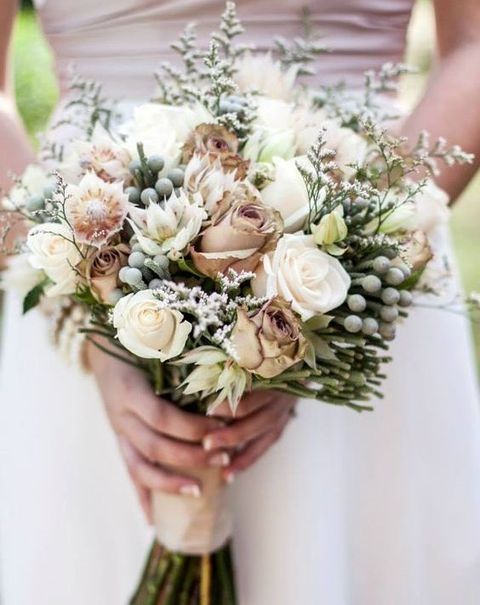 The Maid of Honour or Head Bridesmaid

Basically, she is everything to the Bride and if the Bride’s Mother was Wonder Woman, the Head Bridesmaid is Super Girl. Available at the Bride’s beck and call at any time of day or night leading up to the wedding and the complete dogsbody on the day including those involuntary trips to the loo! Some Brides think about this last task when choosing a dress, others do not. Enough said!

So who wants the job?!

Well, that was the official line. What happens today is slightly less fraught.

She is still the Bride’s PA, on duty in a pretty full on fashion, but much of what she is responsible for in the above is now highly “delegateable”. Invariably these days most bridal couples do not drive away at the end of the wedding reception but stay the night in a honeymoon suite in the venue and eat breakfast the following morning with family and friends before may be flying off somewhere exotic like a B and B in Bognor the following afternoon or evening. Therefore things tend to be less stressful than they used to be.

The thing is as long as the Bride has created a proper list and schedule there is no need to panic, but if you take on the roll, make sure that she has done so, or you will end up frazzled.

Additionally there is one other thing a Bride can do. That is employ a Toastmaster and or a Wedding Planner. They are responsible for around 75% of the old tasks Etiquette used to insist they did. So by having either or both employed will not only help everybody enjoy the day more it will transform the day of both the Best Man and the Head Bridesmaid. So much so they should have a brilliant day too.

Now the commanders have been dealt with in the next chapter, chapter 8 we will find out about the roles of the remainder of the Bridal Party.