Formal Dining Etiquette and the Rules of Civility

If you’ve been invited to a formal dinner, the first thing that you need to remember is that all dining, from intimate family suppers, to lavish royal banquets, is all on one continuum. You may be used to dining at Michelin-star restaurants and other such establishments, but compared to formal dinners, it’s a far less formal dining experience.

So first let us define a formal dinner. Invariably they are being given in someone’s honour, and will almost always involve speeches of one form or another. They can be split into many different forms and may have a varying number of courses. Whatever the number, the dinner will have a set menu and at no point will those seated at table have anything to do with the service as it is all provided and to a schedule. There are however two things that are common to all formal dinners and could be said to define them. You will receive a formal invitation, either by a notice in a dedicated publication, or by letter and either will require a formal response (RSVP). The other thing is dress code. You may go to a restaurant in whatever attire you wish – you may not get served if too outlandish, but that is another story. At a formal dinner you will be told what is appropriate to wear, and that is how you should dress.

So the types of formal dinners you may be invited to:

All the above generally follow a set pattern with respect to the schedule that needs to be kept to make sure the meal runs without a hitch.
Another of the most prominent characteristics of a formal dinner are the strict seating protocols and order of service. It is the required seating arrangements of royal, state, military, city, civic and private banquets, that make all other dining experiences seem very informal and relaxed indeed!

Prior to your formal dinner

If you’ve been invited to a formal dinner, you will need to send a response to your host. Depending on how your invitation was sent will dictate how you reply. For royal, state and private dinners, ideally the reply should be on headed correspondence card and handwritten, although it isn’t necessary. When writing your reply, it should be written in the third person, but the most important thing to remember is that it is vital that you do reply.

If you’ve been given an email address or telephone number to respond to your invitation, then it is entirely acceptable to use those methods instead. If sending an email, it is very important that you check that your response has been received. As mentioned above it is absolutely vital that you respond, not only because it is good manners, but most importantly it is to do with the strict seating protocols. Formal dinner events will very often have hundreds of guests invited to them. Your RSVP will be sent to a member of the staff who needs to know whether or not you’ll be in attendance.

Attire: What you will be expected to wear 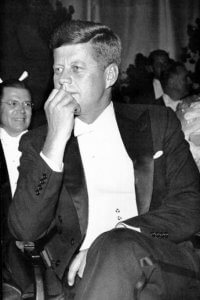 As mentioned earlier, a defining feature of formal dining events will usually be either “Black Tie” or “White Tie”, depending on the event. If it is to be White Tie, the invitation will always specify this. At White Tie formal dinners, women need to wear a full length dress, although at a black tie dinner, a long dress or a cocktail dress just below the knee is acceptable.

If you are unsure of the dress code, it is essential to ask beforehand to avoid dressing inappropriately.

What will happen at the formal dinner?

Traditionally, formal dinners have been an opportunity to honour important people and serve as a way for the host and hostess to showcase their wealth, taste and opulence. The protocols, or rules, and ceremonies that often take place at formal dinner events have evolved from traditions going back centuries. Complex rules surrounding the aforementioned seating plans, presentation and serving of the meal can be a daunting prospect if you’ve never been to a formal dinner before. However, if you remember that once you have arrived at your seat you will be waited on by hand and foot, and any instructions will be called out by the Toastmaster who will guide you through the evening, you can relax and enjoy the experience. Often you will find information about any ceremonies and or words that you may need to recite in your menu cards.

Often, people are seated alternating men and women, with the host and hostess at either end if it is a small private dinner. Additionally the host and hostess escort, or are escorted by, the lady and man of honour; and married or engaged couples are never sat adjacent to each other, except at weddings! If the hostess rises from her seat at any point, it is expected that the men at the table will all stand, and if you’re at a very large formal dinner, you may well be seated at round tables away from the host and hostess. Alternatively and more commonly at larger affairs there may be a top table from which there are any number of sprigs that lead from it. The host/hostess and their principal guest(s) are likely to be on the top table in the centre, with other dignitaries from within their household or organisation at the end of each sprig. In technical terms these are called “the Gunners”.

A name card will tell you where you’re sitting, although at smaller formal dinners, you may be shown to your seat instead. Smaller events will see you greeted by the hostess but large events will see you greeted by a member of the staff and you’ll only interact briefly with the host and hostess. At City or Civic events there may be what is called a receiving line, where all the guests are announced to the Host formally as they arrive at the reception. It is very good form to have your invitation and or table card to hand so you can show this to the Toastmaster to make your announcement easier. The Toastmaster will then call everyone to dinner once the reception is concluded.

How will the courses be served?

The number of courses served varies, but usually you will be served between three and six. The menu will have been developed by the chef and the head butler or banqueting manager, and the host.

Throughout the meal, the preparation, service and removal of food is completed by the service staff, not the hosts or guests. The food will be served anti-clockwise, to your right and starts with the guest of honour.

Individual portions of the food will be presented to you prearranged on a platter, to make service as quick and efficient as possible. A higher number of courses mean that you will receive a smaller portion of food and smaller amount of wine with every course. You will not be able to have second helpings and once tablewear is removed from the dining room, it won’t be returned. 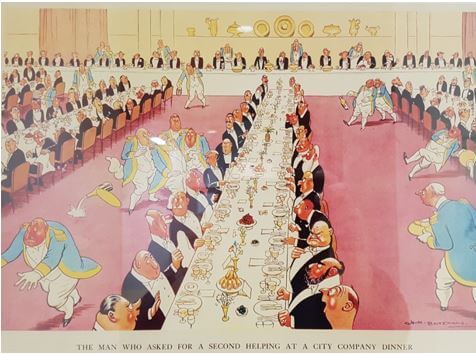 One thing I am delighted to say is that gradually pictures like this with rooms filled solely with men are rapidly becoming a thing of the past.

Order of service at a formal dinner

Formal dinners are one of the few bastions of formal gendered behaviour. At smaller affairs men stand until the hostess is seated and there are an equal number of men and women attending. Men will escort women to their seats and women may seat themselves before the hostess if the formal dinner is smaller and more relaxed.

Whilst there are many orders of service that can be employed at formal dinners, it always starts with the most important female guest, if there are no guests of honour. How the order of service is determined after her will usually depend of the number of guests and how strictly formal dinner protocols are being followed.

State, City and Civic dinners do not follow the “ladies rule” however, all guests are invited to take their places standing behind their chairs in anticipation of the arrival of the host and their most distinguished guests. They may be accompanied by a fanfare or as is often the case clapped into the room. Once arriving at their places they will normally remain standing for grace before taking their seats. Gentlemen, if you are next to a Lady it is customary to assist them with their chairs before seating yourself. 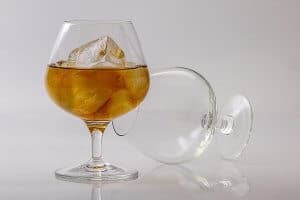 Brandy is served after a formal dinner.

Very often after the last course and before the demitasse/coffee, there may well be a series of rituals. These could include the Rosewater (the passing of large shallow bowls filled with rosewater in which you dip your napkin and dab it just below your earlobes to rejuvenate your taste buds), The Loving Cup (whereby a cup gets passed around the room from person to person in a particular manner) and most often and important of all, The Loyal Toast to Her Majesty the Queen followed by the Royal Toast to other members of the Royal Family. Additionally in the City of London there is nearly always a Toast to The Lord Mayor and the City of London Corporation, Accompanied by the Sheriffs.

Once the coffee, Port and Brandy has been served, if there are speeches, this point is when you would hear them. Once these have been completed it would invariably signal the end of the meal when the Host and there principal guests would process out, often once again to a hand clap. Before leaving however, the Host may well invite everyone to join them for a Stirrup Cup, which is a kind of post reception or end of evening drinks outside the main dining hall.

If there are to be no speeches then it may well be that the coffee and liqueurs are served outside the dining room as digestifs. Depending on the protocols being followed, men and women may have their drinks in separate rooms. Demitasse is traditionally taken black and is a stimulant, and liqueurs are offered as their bitter tastes will brighten your palate. The drinks once again will be poured by staff. 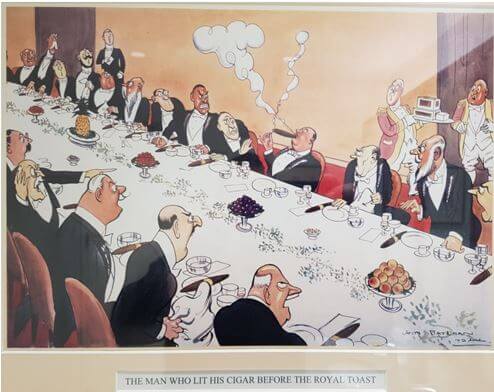 At smaller formal and private dinners, whilst fewer people than ever smoke, you may find cigarettes are offered after demitasse from a silver tray or box and lit by a butler. If men and women are taking demitasse separately, cigars may be offered to the men.

The end of the night

At smaller formal dinners, the host and hostess will most likely say good night to you, or ensure everyone knows of their departure from the evening, with the expectation that other guests should continue to enjoy the evening.

A butler will help you with your coats before escorting you to the door and wishing you a goodnight as a valet brings your car to you. However, at larger affairs it will the Toastmaster who will not only have guided you through the evening with announcements, but will be the person requesting that you make your way, via the cloakroom, to “carriages”.

As a toastmaster and master of ceremonies, I have helped numerous formal dinners run smoothly and on-schedule. For more information about the services I offer, simply phone me on 07773 229909 or email james@themanintheredcoat.co.uk.